Hey, what’s all that white stuff out there? 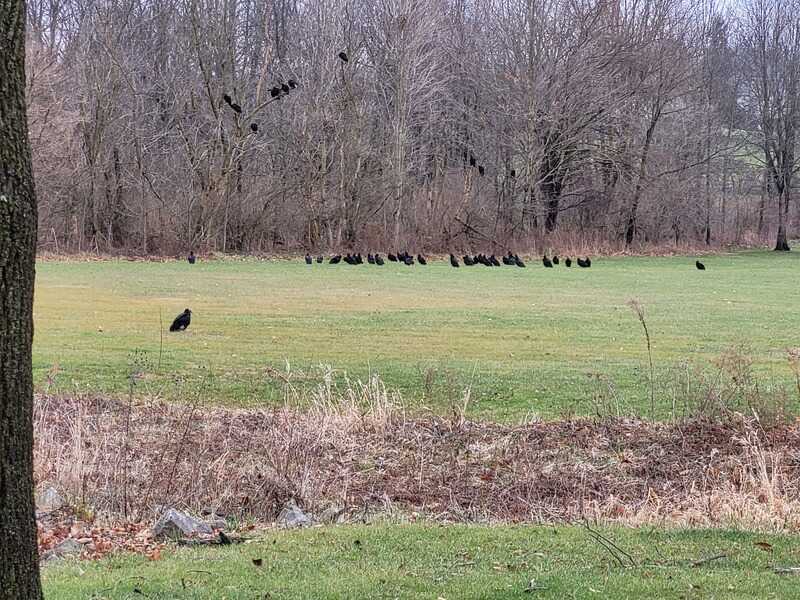 Can you believe it? We finally got snow a couple of days ago, and it’s actually sort of pretty, in a frosty sort of way. The farm animals pretty much hate it, but then, I suppose I would too if it meant I had to stay in the barn most of the time. We’ve been doing more babysitting of our tiniest munchkin, and I’ve been slamming out words like a crazy person. I have given myself two deadlines that may be ambitious even for me-one is for the second of the new series of space novels-and the other is to get the devotional for this lent season done by January 31 so it can be edited, a cover created, and published for my readers before Valentine’s day. I’ve got several books planned out in my writer’s timeline and hope to release a book a month starting February so watch for them and get ready to be taken far away.

In the meantime, our backfield below the barnyard has been invaded by black vultures-horrible big birds that are related to the carrion-eating families, but who would rather kill small animals by swooping down, separating them from their mothers, tearing out their eyes, and ripping them to shreds-did I tell you they were terrible? They aren’t even supposed to be around this time of year, and there is literally a huge flock, my neighbor counted 60 in one place. Our local Department of Natural resources says they are protected under the migratory songbirds act and we can’t just shoot them to chase them away. Dan’s really upset; and he’s taken to shining a green laser at them as it seems to chase them off without harming them-but really, we have cria in the flock. We think they may have already taken a couple of our barn cats.

Our first giveaway of the year is nearly done-and if you haven’t entered for your chance at an autographed, free paperback you are missing out big. Here’s the link in case you mislaid it somewhere:

All you need provide is your email and an address to mail it to when/if you win. I’ve got the envelopes ready, all set to mail, so there is one more week left-get to it!

In the meantime, thanks for dropping by; I’ve updated the humor page again-we have to keep laughing…and hopefully, it will lighten the day-vultures or not.