We’re Home from Vegas, Our 3 of 4 Giveaway Winners 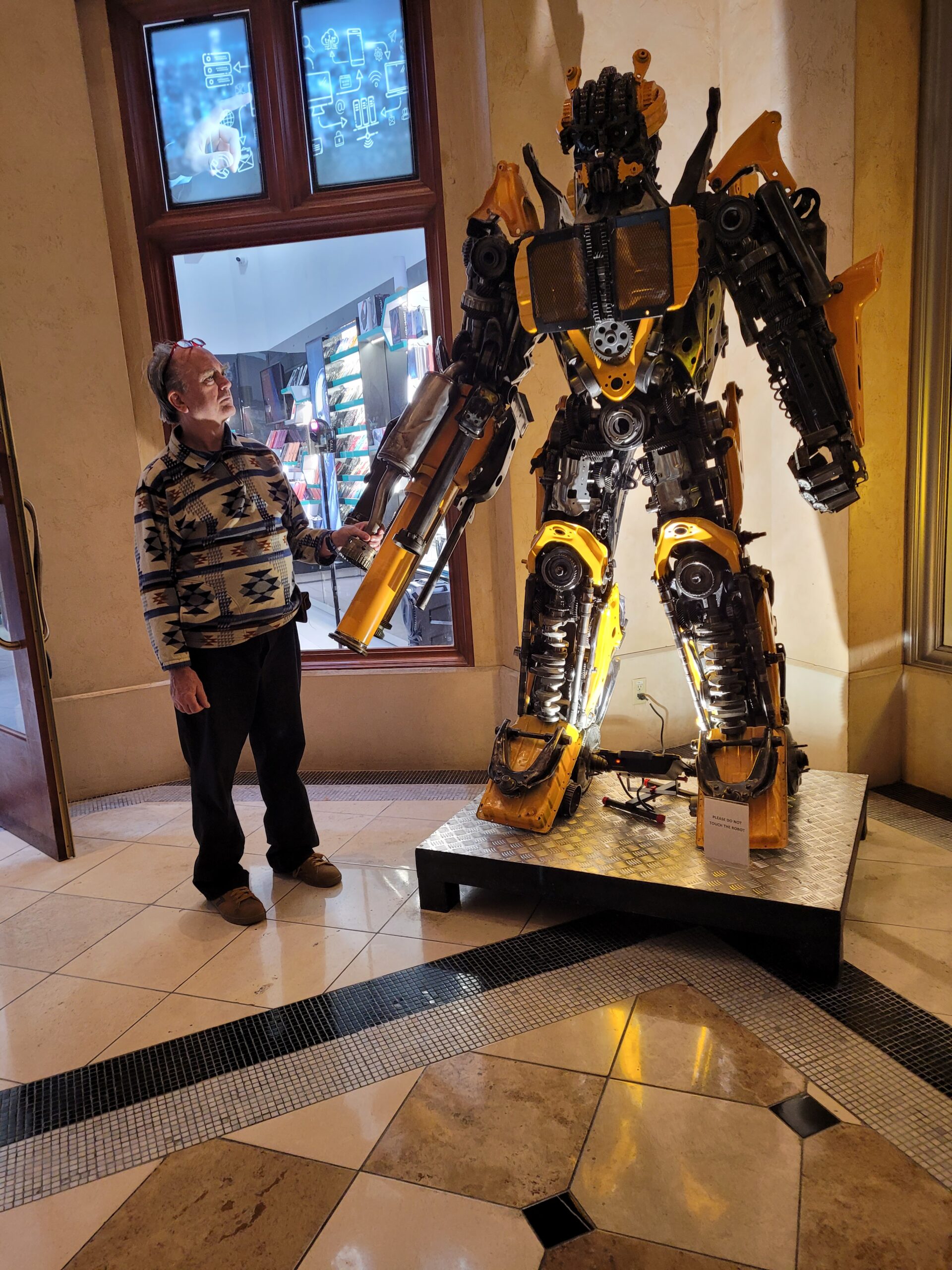 We are back from the Vegas trip and I will have to say it is not one of my favorite places.  The convention was marvelous; got to see some of my favorite authors, help a couple of newbies along the way, and see a few things that weren’t exactly on my bucket list but which were interesting.  Later on in this post, I will list the final winners of the 3 out of 4 fall giveaway and remind you the 4 of 4 and final giveaway is over on the 30th so you might want to enter that if you haven’t.  Our goal is to giveaway at least 1 kindle 7, possibly a kindle 8, and at least 50 autographed paperback books. Enter if you haven’t- just go to the gifts page and hit contests to get the form up to have a good chance of winning.

Now back to the trip. Besides the sessions, of which I attended 16 over the course of 3 days, not counting the opening and final events and the author signing, Dan and I wandered hopelessly looking for food a vegetarian could eat.  If you go to Vegas, wear comfortable shoes because traffic is simply not to be believed!  Everyone walks, which makes the sidewalks at least as busy as the street.  There are showgirls wearing pretty much bling and feathers, tourists, Hawkers trying to get you to take one thing or another, mostly cards for restaurants, places of business and hookers, people who live and work there in various outfits and for five days, two confused older folks wandering around, trying to follow a GPS to the nearest Subway shop. The air pollution is dreadful.  The noise is beyond deafening; the constantly thrumming lighted billboards would trigger seizures if we were inclined to that; let’s just say that for a couple retired farm-type people, it was way overwhelming.  Would I go back?  I would love to go to the convention, but not to Las Vegas.  I think I will take the virtual option next year; you don’t get to network, but you don’t get stuck eating subs all week, three meals a day.

While we were at the convention, I was deep into a session learning about publishing stuff when the fire alarm went off; yes, a fire alarm.  The hotel had to be evacd-so out the emergency exit, down 4 flights of steep metal stairs to the street, and out across the sidewalk.  Ten minutes later, we all had to haul ourselves back up the four flights of stairs and into the building.  Since I was suffering from a head cold, I huffed and puffed these old bones  back up the stairs and to the meeting.  Then after class, a frantic husband came up and asked me if I had seen his phone.  He’d lost it.  We spent an hour looking to find it-you guessed it-in the rental car in the pocket under the dash.  He lost his reading glasses too.  They were in the canvas bag I’d loaned him to carry his stuff around in. When we left, it was 62’ here in Ohio and similar in Sin City; when we flew back in, it was 25, and snow skimmed over the cars and roofs. On the way home, Dan thought I’d lost the parking lot ticket to get out of long-term parking; at 12:30 am, we dumped out my suitcase in the parking lot, my purse, my carry-on, and stuffed everything back in bags and such-only to find he had left the ticket tucked into the overhead sun visor a week before when we had arrived. Are you starting to see a pattern here?

I really missed the CBW while I was gone, and she gave me the cold shoulder when I got back because I am not supposed to disappear for a week. She got over it soon enough.  After all, I am the purveyor of the gingersnaps around here. And I brought her a suitable for a baby bribe, her first car keys-no, not real, just sort of blingy, has buttons to push to make sounds and plastic car keys.  She loved it and was soon asking to be fed and play.

My dog is not as forgiving, even though I gave her turkey treats and assured her I would not leave her for so long again. Poms are sort of clingy that way.

Now for the names of the winners, then I really must go get their gifts sealed up in the envelopes for mailing Monday.

Congrats to all winners!   And now I really need to go rest my knee, which I torqued when exiting a plane. See you next week!